Now on public exhibition until Friday 16 April, this is a key plan for the provision of community infrastructure in the Parramatta LGA including Epping. This new proposal will replace and align 9 different area plans the council had due to council mergers in 2016. It is also the key document to fund the critical infrastructure that council has identified as needed in its Community Infrastructure Strategy 2019.

The draft not only outlines a raft of infrastructure proposals but also gives details, costings, and the prioritisation of these projects into the short, medium and long term.

Examples of the types of works are:
• Open space and recreation facilities, such as parks and indoor sports courts
• Community facilities, such as libraries or community centres
• Traffic and transport works, such as upgraded local roads, pedestrian safety and traffic calming works

The Council proposes spending over $450 million in the Epping area over the 20 years. This represents 37% of the total plan (whole LGA outside Parramatta CBD). This reflects the huge amount of development that has already occurred in Epping, or is yet to come. It also reflects on how little work and expenditure has happened to date.

A substantial amount of the funding for this work comes from developer contributions – the money companies have to pay to council based on the size and scale of their developments. Arguably, this funding falls far short of what is necessary to provide adequate local infrastructure, and the council has to meet the gap. A very large gap.

Epping is one of the highest and fastest growth areas in the City of Parramatta but has suffered badly from the lack of new infrastructure to cope with the increased population – and the time it has taken for projects to be undertaken. Nearly 10 years after the town centre was rezoned, few substantial projects have been even started, net alone completed. Yet this are vital facilities for residents.

So, this draft plan is very important to how the future Epping will look, how pleasant it will be to live in, and how close important open space and recreation facilities will be to the higher density living areas.

• Level of expenditure: The plan list $450 million worth of projects for the Epping area over a 20-year timeframe. This represents 37% of the total expenditure in the LGA plan (which excludes Parramatta CBD and Olympic Park precinct).
• Timeframe: Nearly all the major projects are slated for completion within 10 years, with a lot within 5 years. Whilst this acknowledges that council badly needs to play catch up having done virtually no projects in Epping since the town centre started redevelopment, is it actually achievable?
• Scope: The scope of works for more park and open space, and more community facilities is admirable but is it achievable? There are some very large projects listed within a 10-year timeframe
• Resident views: The most controversial proposal is likely to be the site for a new library. The plan doesn’t detail this location, but the council’s own strategy has it moving to the west side of the line to the Rawson Street car park site (owned by Council). This is contrary to what resident’s told council they wanted during the Epping Planning Review in 2016.
• Strategy: The Council has an overarching strategic plan for community infrastructure LGA wide. However, Epping’s components still fail to be placed within an integrated precinct master plan for the town centre. Such a plan would give proper consideration of the interplay between more large apartment blocks, retail development, commercial floor space, traffic and transport, and how community infrastructure sits within that.

Positive outcomes:
For the first time since the Town Centre was rezoned and major upheaval started in Epping, there is very large list of substantial projects that council plan to undertake. The suburb is highlighted as one of the key parts of the LGA in need of this investment due to increasing population. That is a much-needed acknowledgement that in order to provide quality of life for new and existing residents, these projects need funding and implementation.

Challenges of this plan:

• Time frame – the current plan (from 2016) had a 10-year timeframe but this new one stretches some projects out to up to 20 years before fruition
• Council capacity: Half way through the current plan, a minority of smaller works have been even started. This new plan marks a massive increase in both expenditure and scale of works. Will the council have the capacity to bring these forward and deliver them?
• Project detail: There are some very big-ticket items in this plan – particularly for delivery of open space – but no detail. The plan is therefore vulnerable to inertia, political or staff agendas, or simply being impossible to deliver.

There are a wide range of projects, but the highlights are:

1) New Town Centre hub including a new library - $27m – The council has already indicated that this would involve moving the library from east side of Epping, a move consistently opposed by local residents. The new hub (most likely on the Rawson St car park site) may end up seeing part of the site given to developers for more apartments as a way of funding the proposal – with a loss of publicly owned space

2) Conversion of existing library site to a community hub - $6.5m – Very unclear what this would comprise of and likelihood of council trying to shelve this once the library is moved to west side, and letting this building fall into disuse or be sold to developers

3) Upgrade of Epping pool at Dence Park - $12m – unclear if this is additional funding over and above the $23m already approved for this project, and if it will then allow the children’s pool and other facilities proceed as part of rebuild as they should be.

4) New local park on east side of railway line - $24m – this would likely include private land acquisition. Why do this rather than focusing initially on acquiring the old bowling club land which is currently vacant?

5) Upgrade Boronia Park - $18m – an important project as this park will be the primary open space for an increasingly large population as the Rawson St/Beecroft Rd precinct is redeveloped with thousands of new apartments. But will this be sufficient funding to extend both the park area and facilities as is needed?

7) Enlargement of West Epping sports centre with extra indoor courts - $21m – very much needed, but this will not be enough to meet demand or meet their own strategic planning target. Council should consider a new additional indoor court facility possibly on old bowling club site.

1) New Civic open space (likely on the Rawson Street car park) - $40m – why is this on a longer timeframe than building the adjoining new library? Likelihood that this may never eventuate or be fatally compromised by a deal with a developer to build on part of the site. This is a critical failure of not having a proper precinct plan for this entire area. A civic space is important but should be planned and executed with library and upgrade of Boronia Park as an integrated project.

2) Upgrade of Forest Park - $5.5m – a much better proposal would be linking this with the funding of new park area (#4 above) and incorporating the bowling club land into Forest Park

5) Street upgrades for Oxford street and Langston place - $7m – again, playing catchup on pressure to streetscape due to the high-rise buildings of the last decade

1) Acquisition of area for large new park on west side of railway line and then embellishment of said land - $50m – a massive amount of money for an unnamed site – likely requiring private home purchase and demolition. Will this ever actually happen or is just pie in the sky dreaming?

2) Acquire old Bowling club site and embellishment of same - $59m – the most practical solution to adding extra open space near the station but a politically charged option.

3) Acquisition of area for large new park on east side of railway line and then embellishment of said land - $34m – a massive amount of money for an unnamed site – likely requiring private home purchase and demolition. Really need to see hard detail and action or this is just promises worth nothing.

There are a lot of other works listed – pedestrian calming, tree plantings, signage, work on intersections etc – the routine things you would expect from council but to be partly funded by the developer contributions.

Omissions from the plan

- Dence Park – funding of Stage 3 of the Masterplan which includes new playground and park facilities, and upgrading of the Creative Centre. This is needed in order to make the best use of this large area of land
- Indoor courts – council has identified that more than the 4 courts included in this plan are needed. A better approach would be to identify and construct a new larger indoor sports centre near the town centre.
- Outdoor sporting facilities – no money is highlighted to increase these areas, but existing fields are already over used, and with the increase in children in the area, a need for outdoor exercise and sports will not be met
- Culture and heritage – neither are mentioned at all. Are there opportunities for performance and display space to be part of one of the projects like the town centre civic space, or should there be dedicated projects for this area

You can see the Draft Development Contributions Plan here.

In addition, the Trust has prepared a document just showing the items specifically for Epping - you can find that here 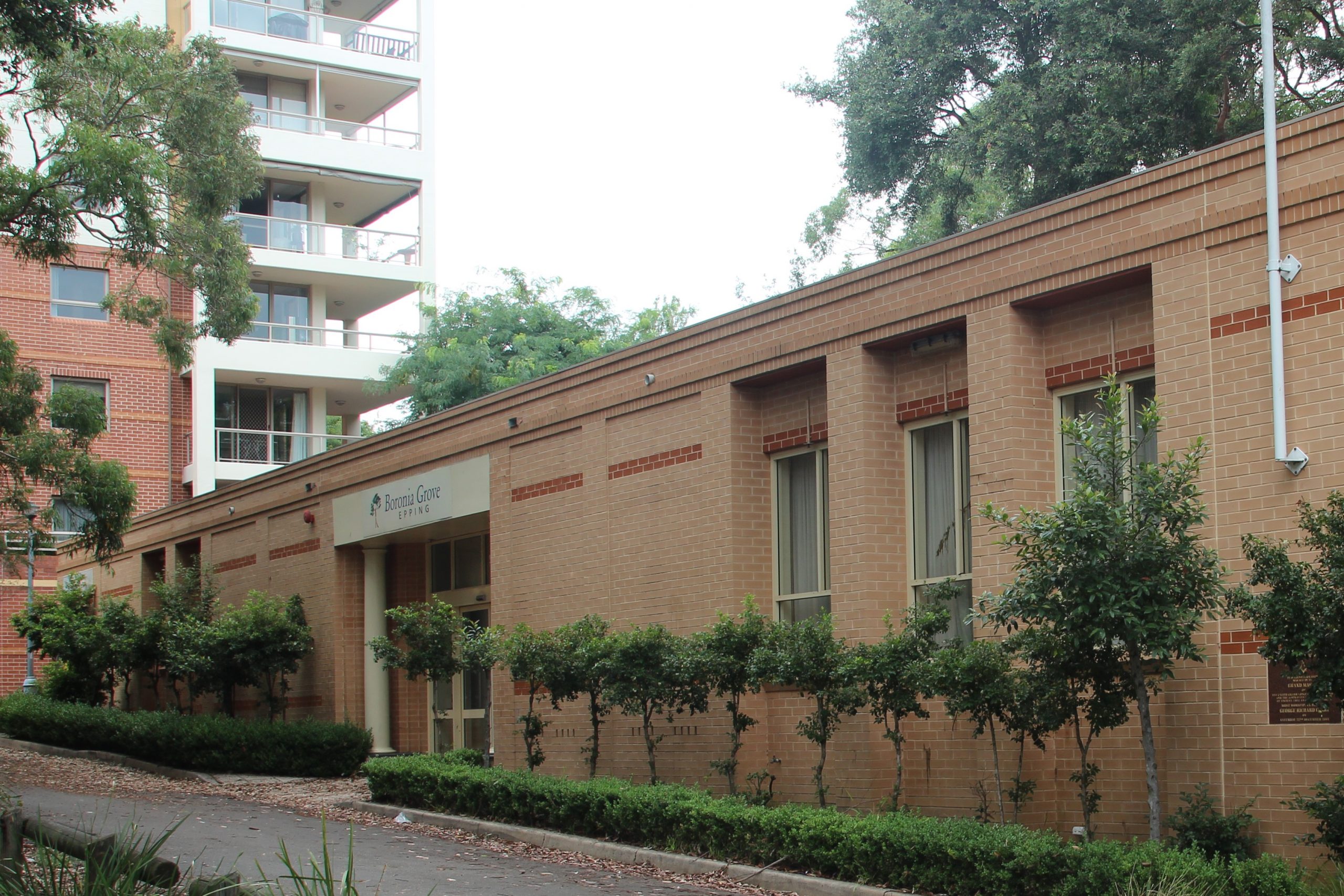 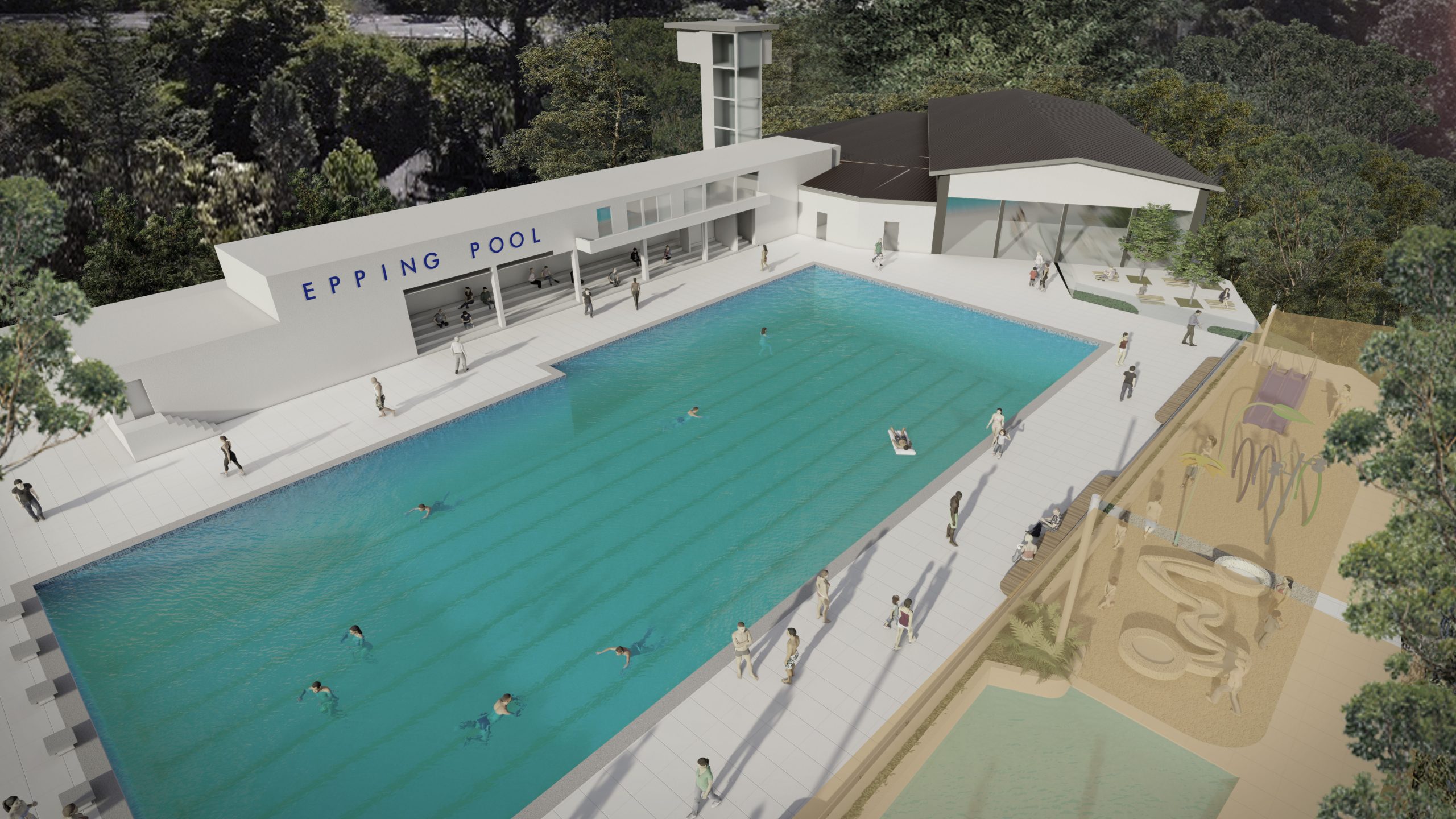